In the beginning of the month, I vowed to Enjoy July and dared you all to Be Selfish this summer.  It's important to set aside time in our busy schedules to sit back and just plain have fun! That's why my friend Becky and I planned ourselves a "Staycation" for this weekend!  For the month or two beforehand, we kept our eyes out for good deals, good ideas, and good eats to enjoy together.  In the end, we celebrated some professional successes with a staycation in our home city. The result?  Two days, under $200, and a lot of fun and bonding time. 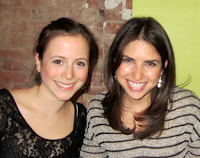