Holy cow, guess what I did? 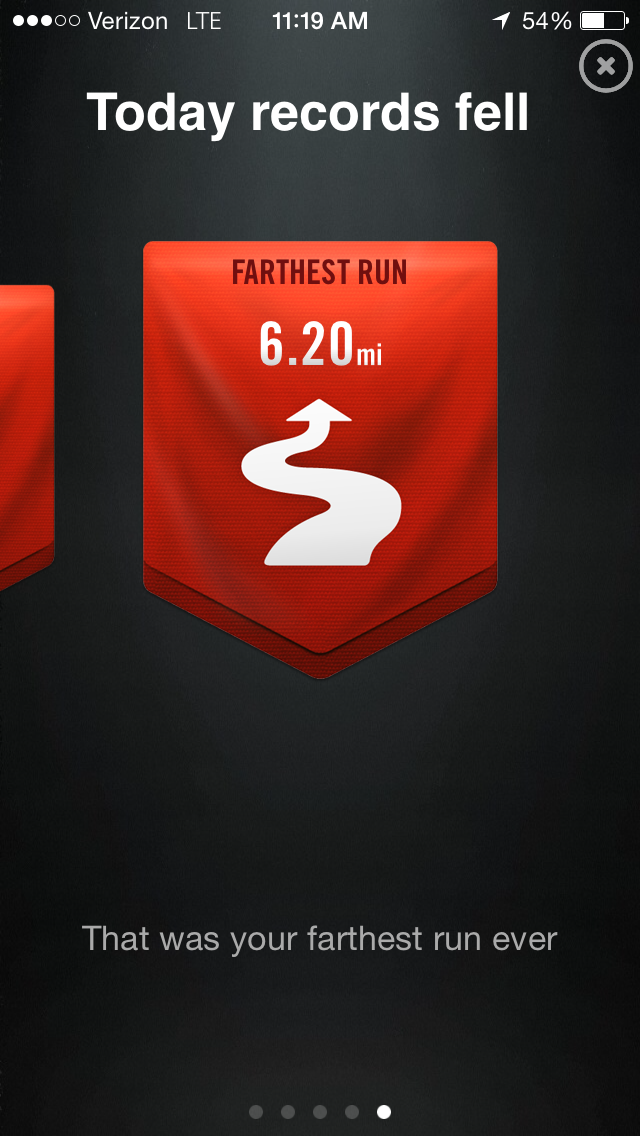 WOO! This past weekend was the final Saturday of 2014's Summer Streets in New York City.  I laced up and made my way to Park Avenue, which was closed off to all car traffic, allowing only people on foot, bike, roller blade, and more.  Last year, I played the day away at the Reebok Fitness Zone rest stop, so I was excited to dedicate this year to the streets. It was a gorgeous day, and SO many people were out for it!!!!  Way to go, NYC! 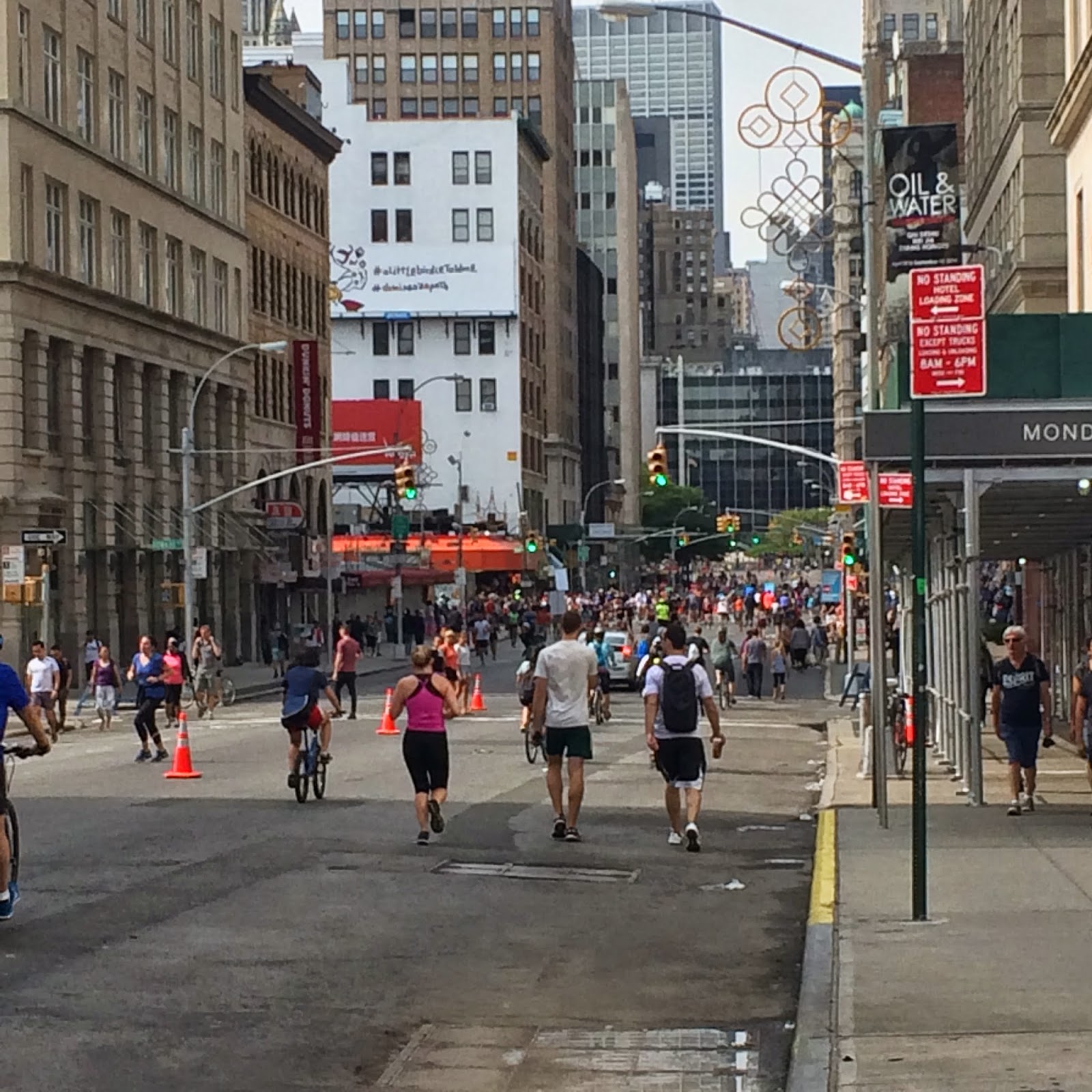 My plan was to run down to the bottom, and then find a Citi Bike and bicycle back up.  This was what I'd promised to Alec, with whom I was supposed to bike this Saturday before she found out she'd have to work.  After I confessed that I couldn't recall the last time I was on a bicycle, she dared me to do it! So that was my intention. Run down, bike up. It started according to plan: I ran down Park Avenue among walkers, runners, cyclists, soaking in the sunshine and feeling thankful for the cooler weather that made the run enjoyable. 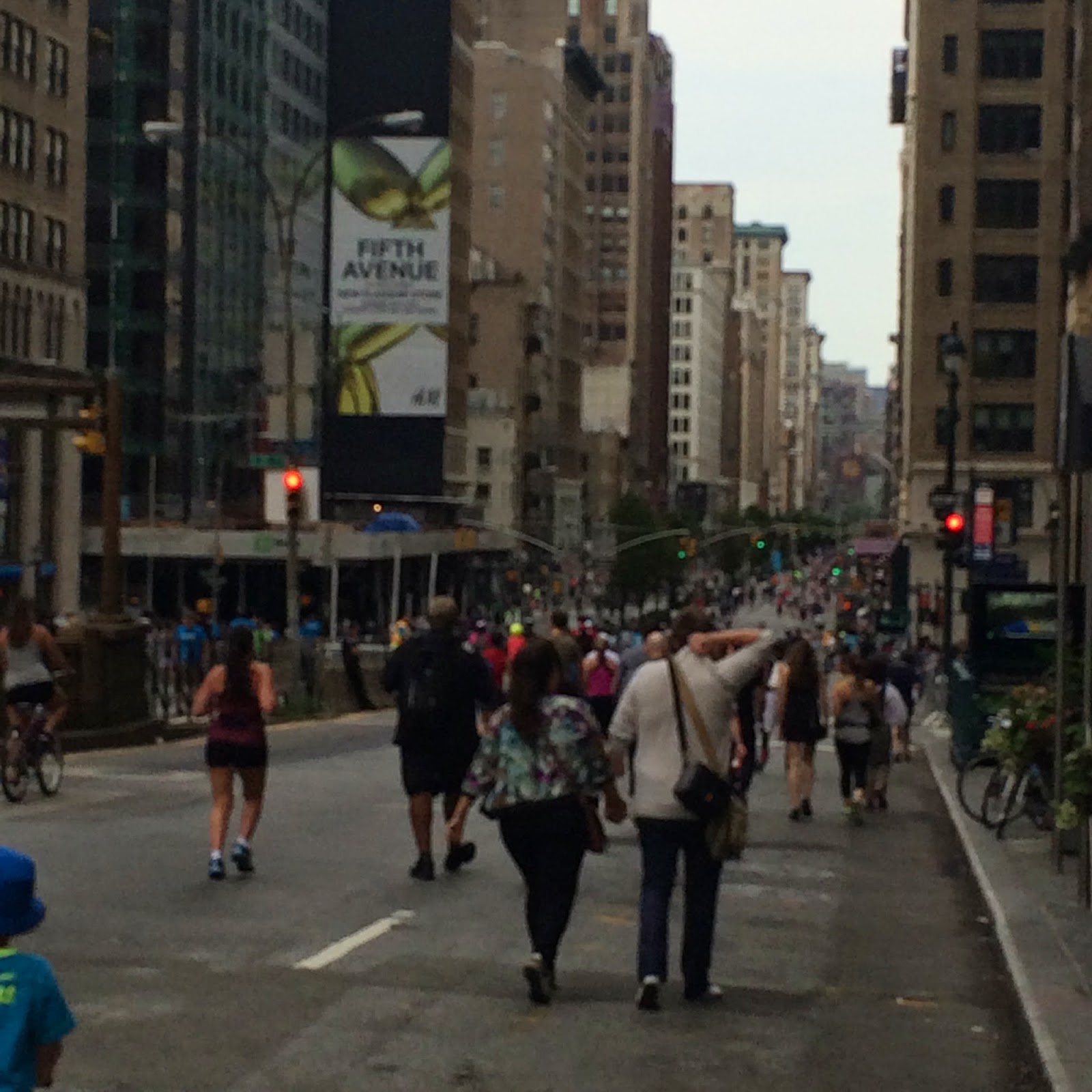 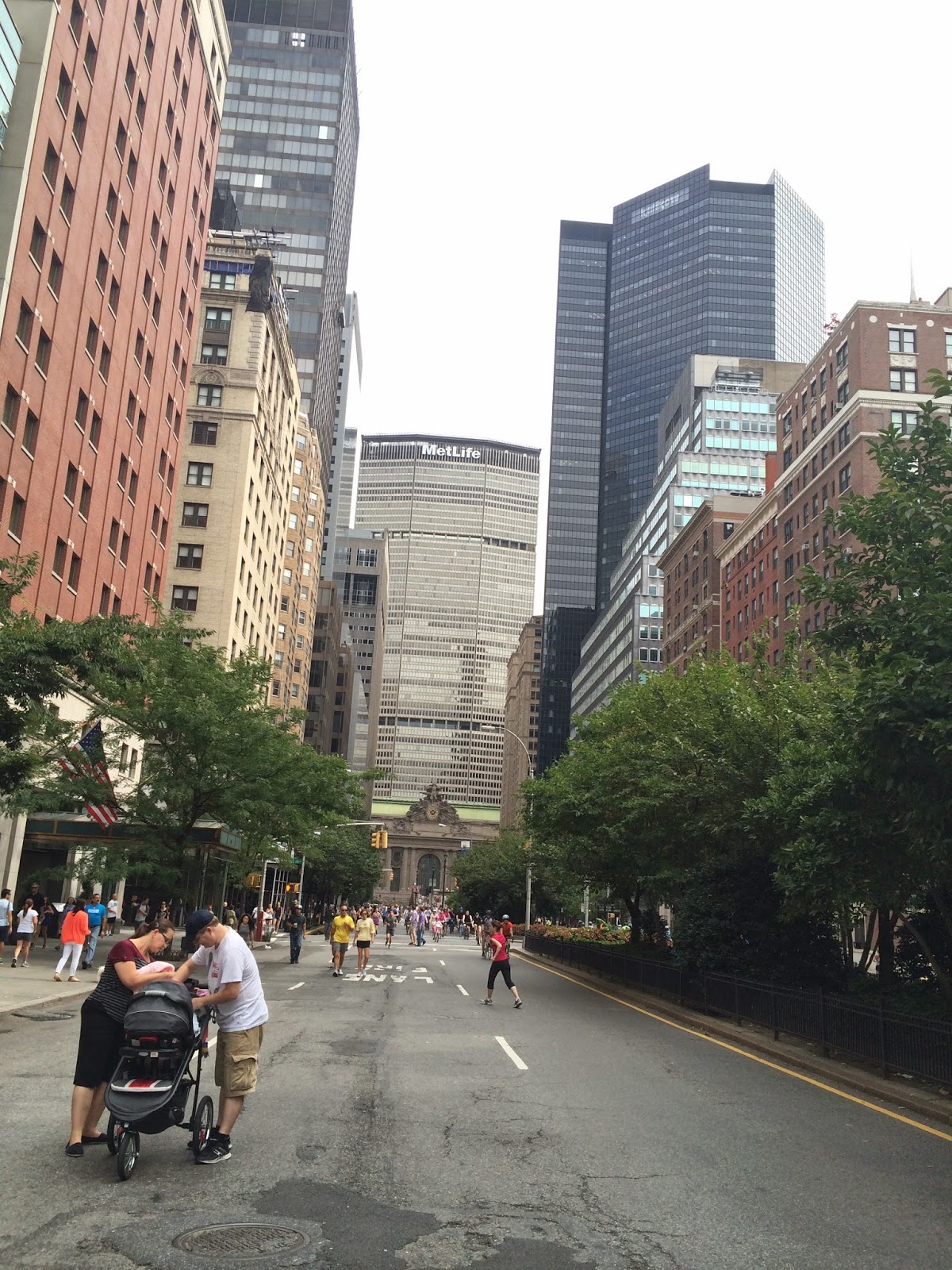 I made sure to pace myself, too, so I wouldn't need a break.  Started nice and slowly, and made sure to slow down if I noticed I was speeding up too much.  I found someone going my pace a ways ahead of me and consciously made sure to not go ahead of her.  This helped keep me around my general favorite pace of 10 mph, and kept me going!  No need to stop, rest, or walk.  Thank you, girl in pink shirt!  (At around my third mile, she turned off and stepped to the sidewalk, but I'd found my groove and kept up pace.) 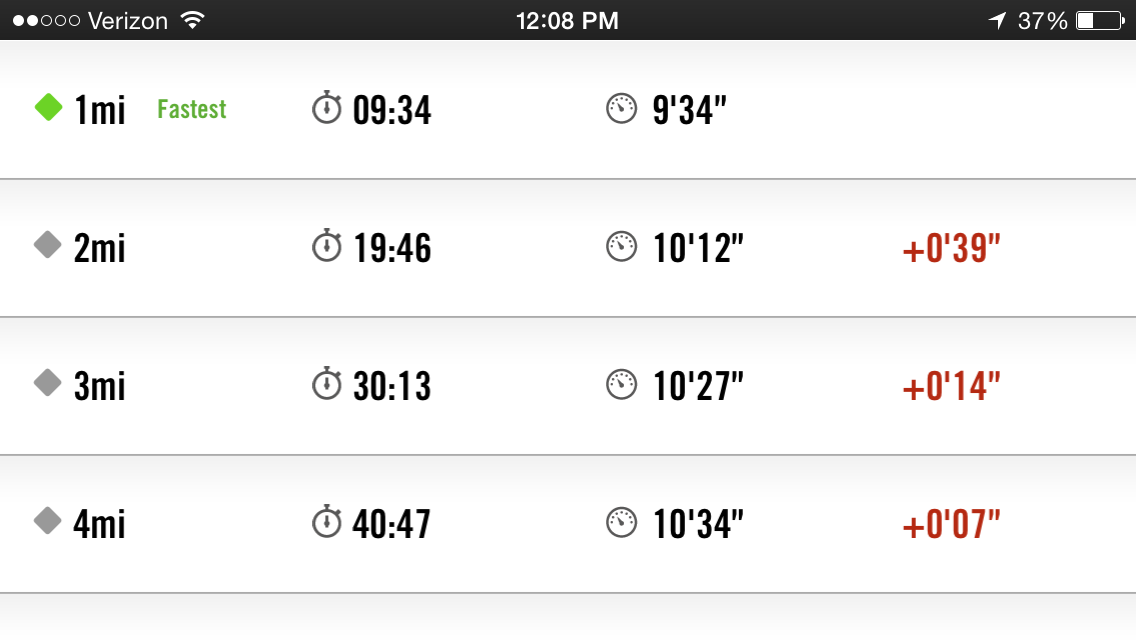 First half of the plan accomplished--get in a nice long run as part of my training (just a month til my 10k!). But then something happened: I didn't want to stop.  I arrived at the bottom and was shocked; I kept looking for where the road continued, but was at a loss.  There were people and cyclists everywhere, music coming from somewhere, and the Brooklyn bridge to my left.  I consulted my phone to check and confirm that this was, in fact, the end of the road (literally!) and thus it was time to head back up. Hm... I wasn't ready to switch to a bike.  For the first time, I didn't feel like my run was over!!  It'd been about 3.5 miles, which is plenty, but it wasn't enough.  I had so much more run in me, so I ditched my plan and decided to run back up a bit before switching over to a bike.   First, I thought, Okay, I'll get this to an even 4 miles, and then look for a Citi Bike.  An adjusted plan.  "Four miles, complete" rang in my ear too soon (the Nike+ Running App).   Hm... now what?  I resolved to keep going and complete five miles.  My legs still felt good, and the weather was just too perfect.  I wasn't too hot, I wasn't drenched in sweat, I was happy and wanted to keep going. 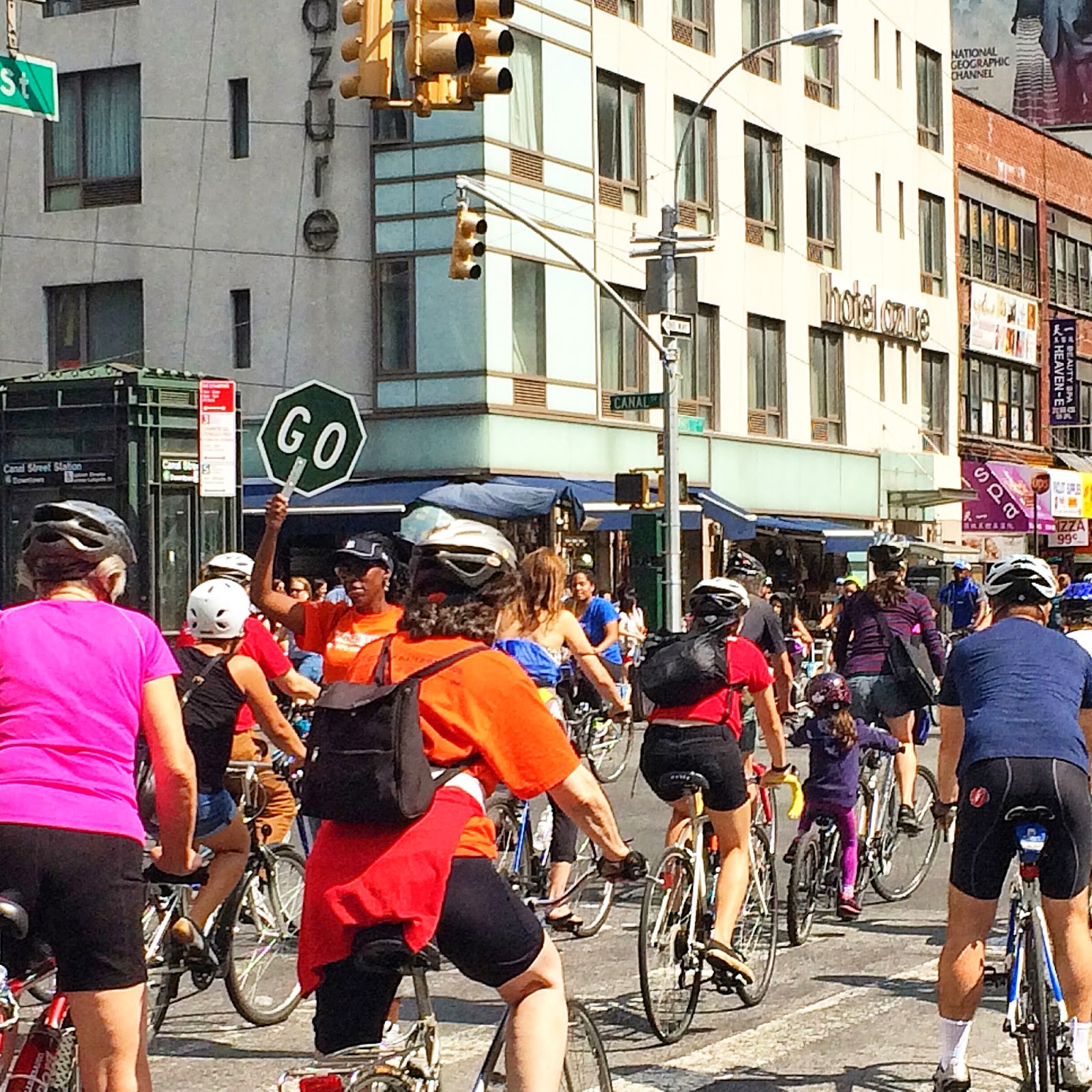 Five miles down.  By this point, my legs did begin to ache and I could have easily called it in, but I was breathing fine and didn't feel the need to stop.  And really, what was I going to do, run 5 and then just not do 6?  So silly!  At this point, I really may as well do 6 -- no! -- 6.2 for training! Right? My legs were tiring, but I remembered to slow down, not stop and I kept going.  I plugged along to complete a full 10k -- my farthest distance to date, and the goal distance for my upcoming Run 10 Feed 10 10k race in September. I did it! 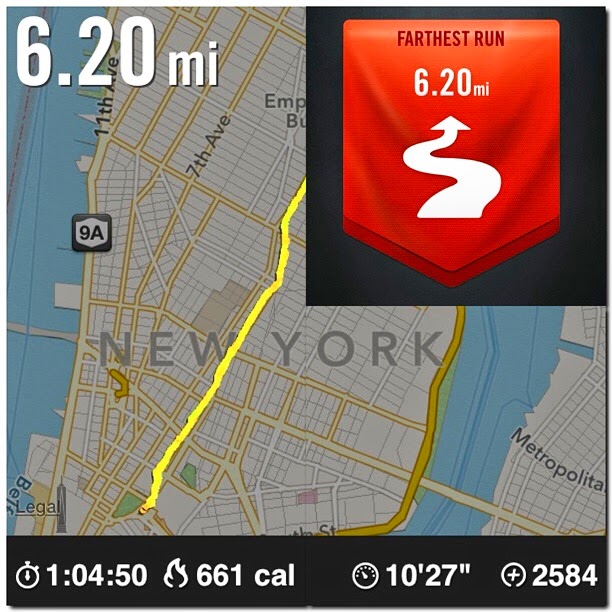 And my timing--not too bad either!!  Cut four minutes off the last (and only other) time I ever covered this distance by walking/running in the December air for a Virtual 10k. So HEYYY look!  I can do it: I can run that 10k in a month!  Full honesty: I did have to stop every once in a while when car traffic was let to pass through, but those short stops were few and far between, and I kept my legs moving at 'em.  If I keep up my training, I'm feeling more confident that by my race, I just may be able to run this again in the absence of those traffic stops! Maybe :) 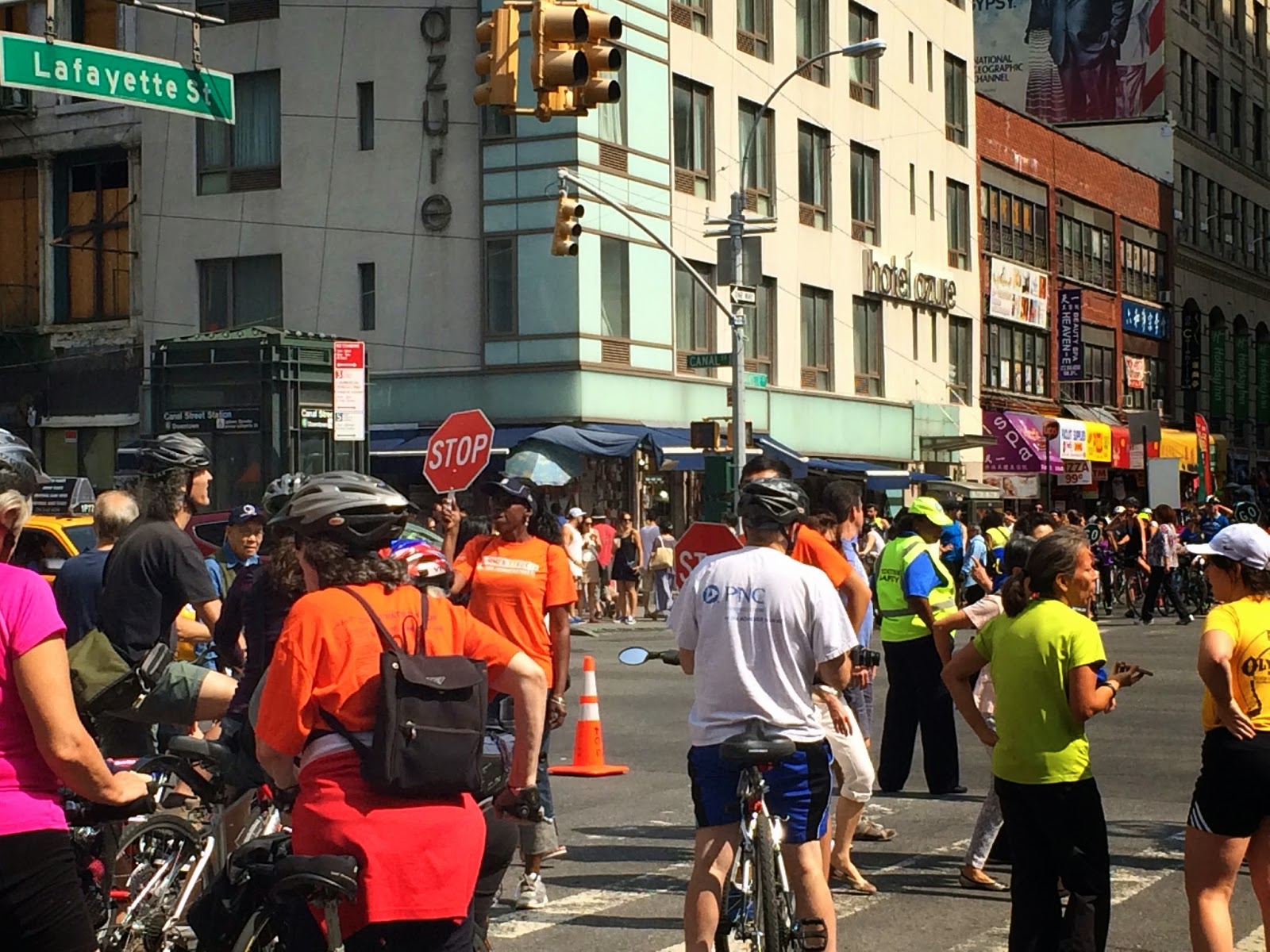 My legs were certainly beat by the end, and with only an hour remaining of Summer Streets, renting a bike out didn't seem like the best idea.  Hope Alec can forgive me, but I will get on a bike again someday!!  Even though plans are great, it's important to remember to allow for changes! Feelin' like a rock star, I returned home and, after showering, slipped on my compression recovery socks, hoping they'll help me still feel like a rock star tomorrow.  {Update: They did!} 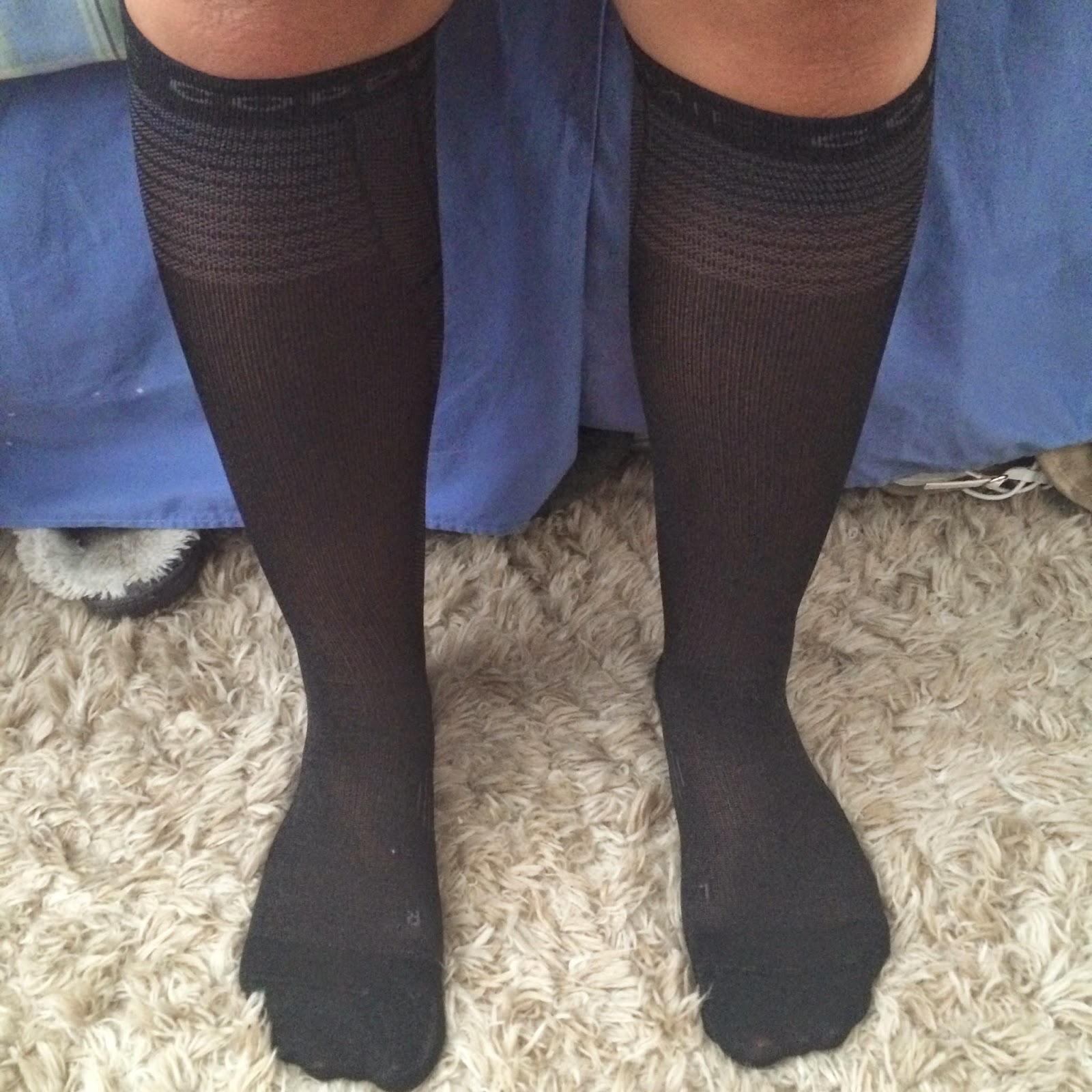 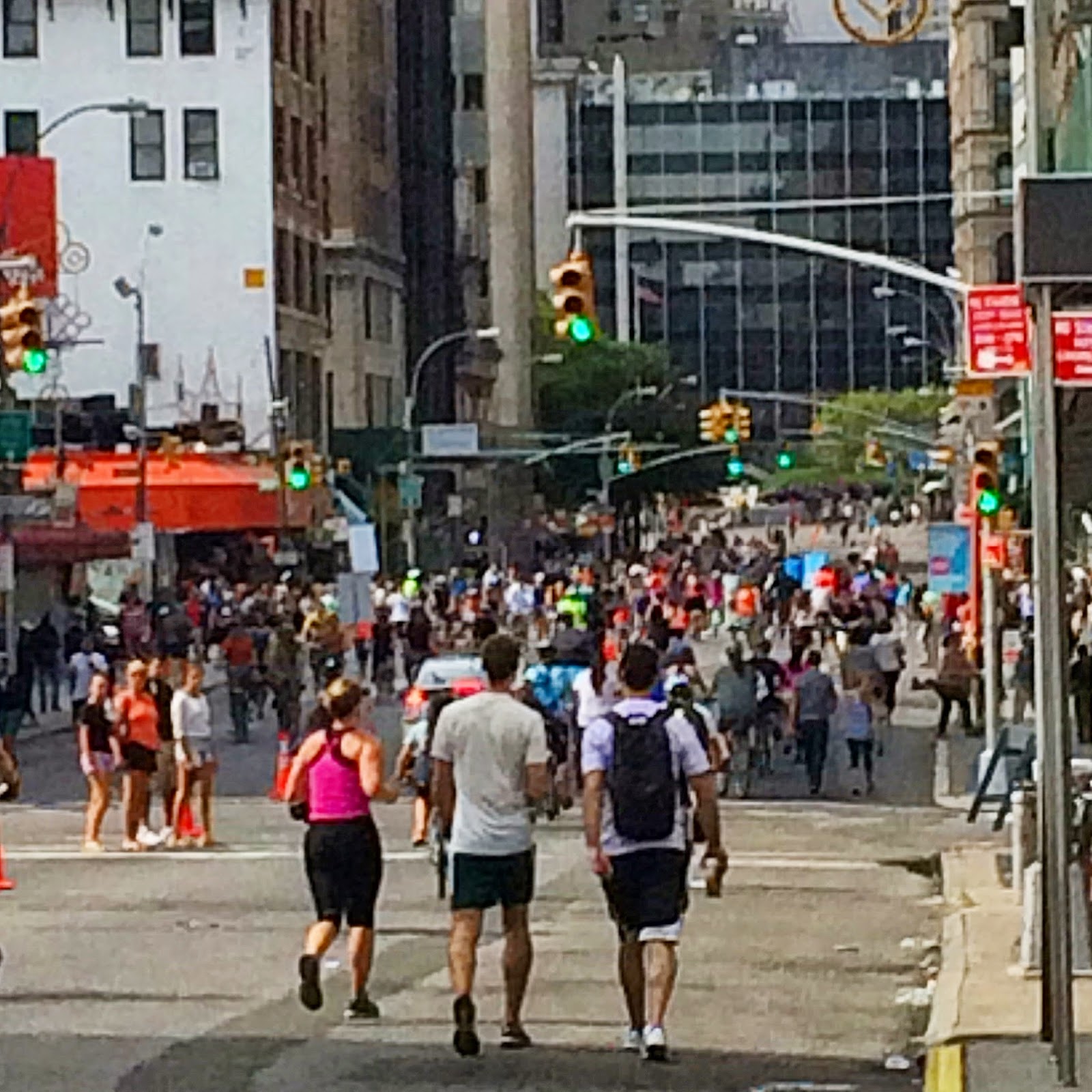 So once again, I dare you to make plans, but allow for changes!  And make sure you get out in the sunshine while summer's still here :) What did you do this weekend for fun?  For fitness?  New Yorkers: Did you get out into Summer Streets this month??