Wow this is long overdue.  All fall, I've been baking up my signature blondies, although, for the first time in years, I've been switching up the flavors. Keeping things interesting. Healthifying it up! 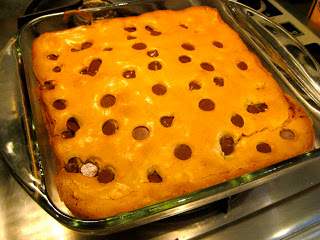 Pin It In December, my friend Jeff came over to help me prepare not one, not two, but FOUR batches of blondies--each a different flavor.  They're all the same basic recipe, with variations on flavor and dietary-swaps.  I began baking the plain chocolate-chip blondies before he arrived, to get things moving. It all starts with some melted white chocolate and butter*... 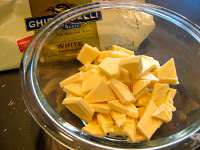 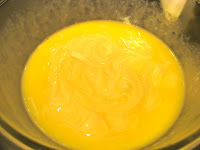 Mix into another bowl containing mixed sweeteners, vanilla, baking powder, and eggs (or sub--see below!) 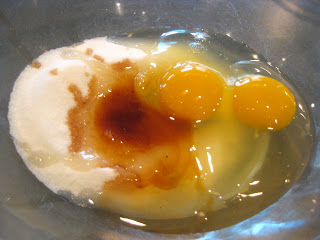 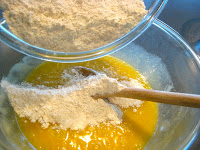 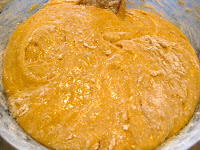 Add your semisweet chocolate chips!  Save a few to top it off with later, and a few to nosh on yourself. (Perks of being the baker.) 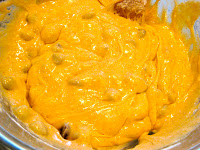 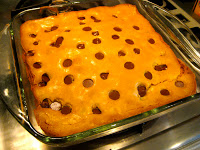 Et voila - blondies, 45 minutes later. Jeff arrived with the rest of the white chocolate needed and made me a VERY happy girl. 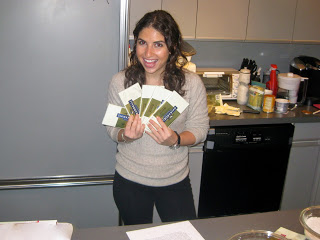 Read more to see what else we made with it... Jeff quickly went to work, helping prepare batches 2 and 3, which we'll combine in one larger pan. 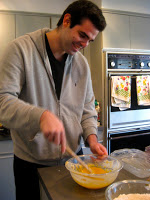 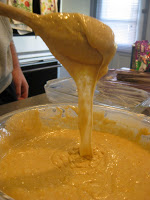 These, we poured into one large pan before adding the mix-ins, because there'd be two different ones!  One side, blueberries, 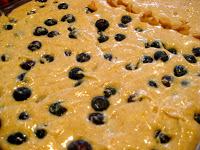 and the other side, peanut butter chips! 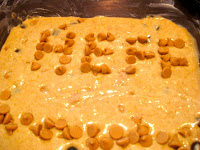 (Heff is Jeff's alter-ego. And we had way too much fun slipping the berries and chips into this batter.) 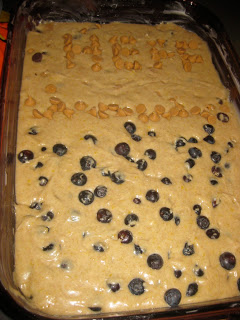 Once THAT was in the oven, we started on the last batter, which was my baby of the bunch.  It was the first time I would be making PUMPKIN blondies, and also the first time I'd make this recipe vegan.  Want to see how that went? The recipe was the same, but instead of eggs, I used this: 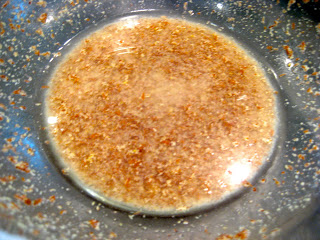 Pin It What is that, you ask?  Why, it's flaxseed and water! Did you know that if you stir 1 Tbsp ground flaxseed + 3 Tbsp water and let it rest for a few minutes, you can use them in your recipes to equal ONE EGG?? Amazing! 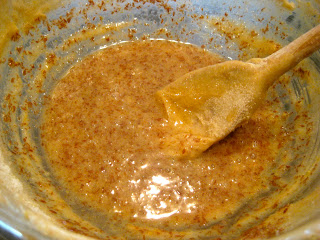 Don't worry, I had my doubts, too.  But it worked!
*Other change: Instead of butter, we used Earth Balance (vegan) to mix into the white chocolate. *Third change: You can find vegan semi-sweet chocolate chips in many food stores, including Trader Joe's. But wait, that's not all!  Into this melted chocolate-"butter" mixture, I threw in a heaping portion of PUMPKIN!!! (I get really excited about all things pumpkin-related.) 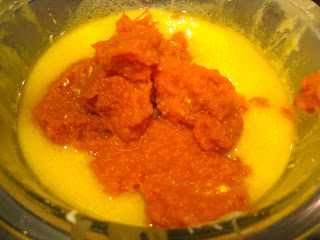 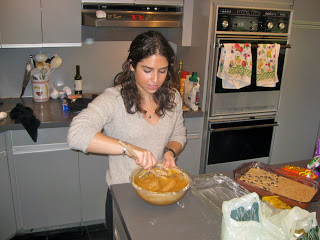 Except now, it's this gorgeous pumpkin color. At last, mix in those dark chocolate chips... 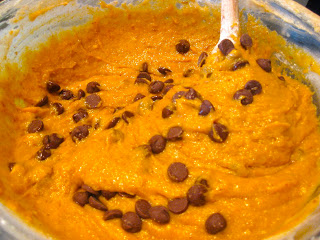 Pour into pan, and, if you have a birthday to celebrate, design their name or number! 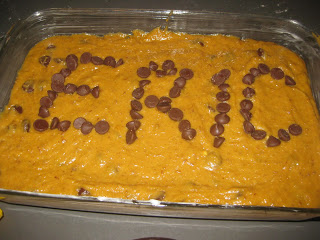 Into the oven it goes... hope this works!  Remove and test with toothpick... is it done? 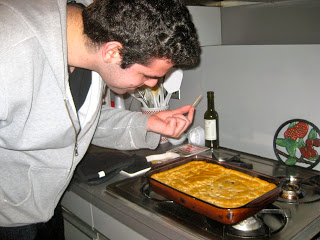 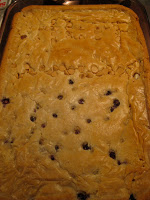 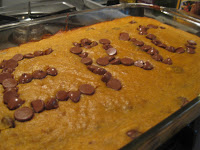 Try to resist your temptation to dig in right away. As soon as these were all out of the oven and cooling, I heard a frightening noise at the kitchen window... 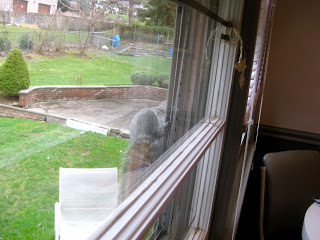 A squirrel was trying to get in!!!!!  Jeff said he must've wanted the blondies. We brought these sweet treats to my friend Cait's house, where she hosted us for a fun pre-Christmas dinner! 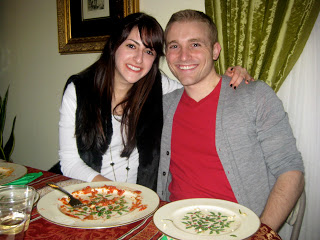 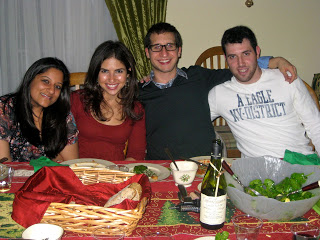 After her amaaazing meal, dessert was finally served and the fun continued. 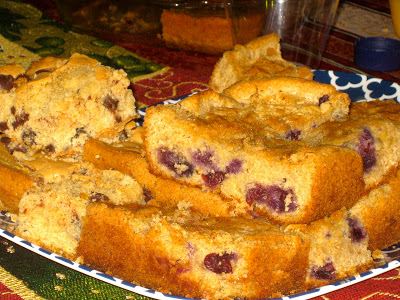 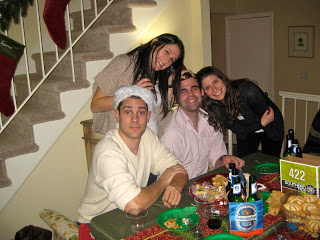 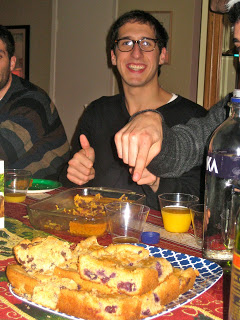 (It's really two-thumbs up, but Eric's silly hand is pointing at the blondies, blocking the second thumb-up.)
Your turn!  Make whatever variety you'd like best, and enjoy!!
Blondies made Better Makes 16 blondies. This recipe was adapted from a blondie recipe originally in The Family Circle's Eat What You Love and Lose (2004). Ingredients: Directions: