Showing posts with the label ancestral health
Show all 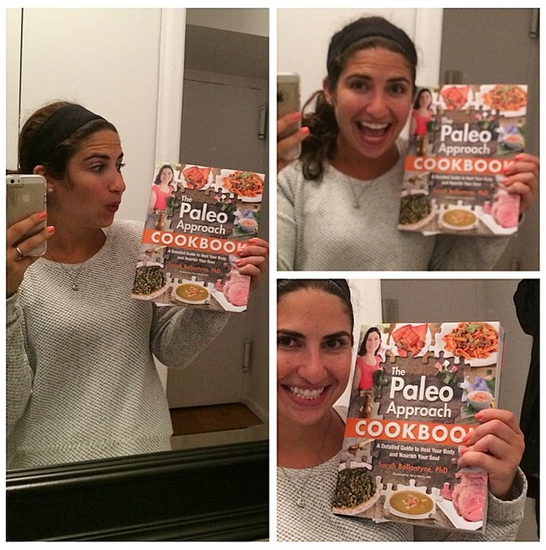 Remember last spring when I reviewed The Paleo Approach by Sarah Ballantyne, PhD?  I promised that a companion cookbook was forthcoming, and guess what?  It's here! The Paleo Approach Cookbook A Detailed Guide to Heal Your Body and Nourish Your Soul ... is finally releasing tomorrow! (On shelves 8/26/14)  Here it is: This is so much more than a simple collection of recipes.  The book--which is every bit as beautiful and heavy asthe first book--includes:Over 200 recipes, all of which use healing foods to help empower people with autoimmune diseases to reclaim their health by regulating their immune systems and heal their bodiesHundreds of recipe variations to help you mix it up, along with tips, nutrient facts, and FODMAP alerts along the way Recipe Index to help you quickly find recipes and match ingredientsMeal PlansShopping guides"Plan ahead" guidesOver 100 pages of information and resourcesSummary of THe Paleo Approach dietFood listsShopping guides"How do I eat thi…
Click to read the rest » ...

Reflect and adjust: Lessons on my Paleoversary

By Meredith - March 07, 2013
Last week marked one year since I first began eating according to a paleo template.  One wonderful year of paleo-esque eating.  Happy Paleoversary, me! What have I learned in my (more-or-less/progressively improving) "paleo" year?  1. It works.  2. It's about consistency. 3. It's about you.  Let's look back... It all began with an innocent week without wheat, and the positive results were so immediate and astonishing, that I dove head-first into a 30-day paleo challenge.  I enjoyed feeling like my body was functioning as it should--better than I knew it could--and it was still new, so I kept it up for the next few months, with a few non-paleo treats on rare occasions.  Then I became a bit lax, a bit lazy, a bit "why can't I have that," although I never reverted back to the Standard American Diet. Grains are no longer something I eat daily or even miss.  I've remained mostly gluten-free and paleo; nowadays, I'm pretty consistent, but do still …
Click to read the rest » ...
More posts